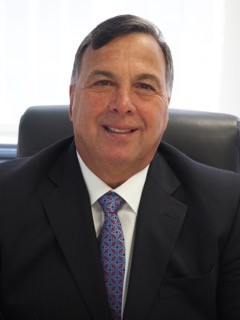 Peter Hucke has had a long and successful career in the property tax field. In 2001, he started Hucke and Associates. Since the beginning, the company has become a leader in the industry with both local and national presence. Hucke and Associates has grown into one of New York City’s largest and well respected companies within the property tax field. During this time, the company has been responsible for saving millions of dollars in tax relief for property owners.

Just prior to starting Hucke and Associates in 2001, Peter was employed by the law firm of Stroock, Stroock & Lavan in their Tax Certiorari practice. At Stroock, he prepared property tax analysis and attended hearings at both the NYC Tax Commission and Law Department.

In 1989, Peter joined the largest independent property tax consulting firm in the country, Marvin F. Poer and Company. As vice president, he was responsible for the overall development and day to day operations of Poer’s venture into New York. Under his leadership, Poer became one of the largest property tax specialists within the City of New York.

Prior to his time at Poer, Peter was the Director of Appraisal and Audit for the City of New York Tax Commission. There, he was responsible for the everyday operations of the department and hearing all tax appeals with assessed values greater than $20,000,000.

In 1981, Peter began working for the City of New York, Department of Finance, and Real Property Assessment Bureau and Equalization Unit. There, he was responsible for establishing the assessment guideline concept which is still used today. These guidelines included income and expense parameters, vacancy allowances, gross rent multipliers and capitalization rates that were utilized in evaluating properties within the city. In addition, he was responsible for assessing properties in the city which had values greater than $20,000,000.

Peter began his property tax career in 1977 when employed by Cole, Layer and Trumble, the largest mass appraisal firm in the country. His primary function was as an appraiser and hearing officer in Islip, NY, Plymouth, MA, Huntsville, AL, Brookhaven, NY and Stamford, CT.

Peter is currently a member of the Policy & Advisory Committee for both the New York City Tax Commission and the Real Estate Board of New York. He was former Director of the Appraisal and Audit Division of the City of New York Tax Commission, the past president of the New York Chapter of the International Association of Assessing Officers, as well as a former instructor of Real Estate Assessment at New York University.